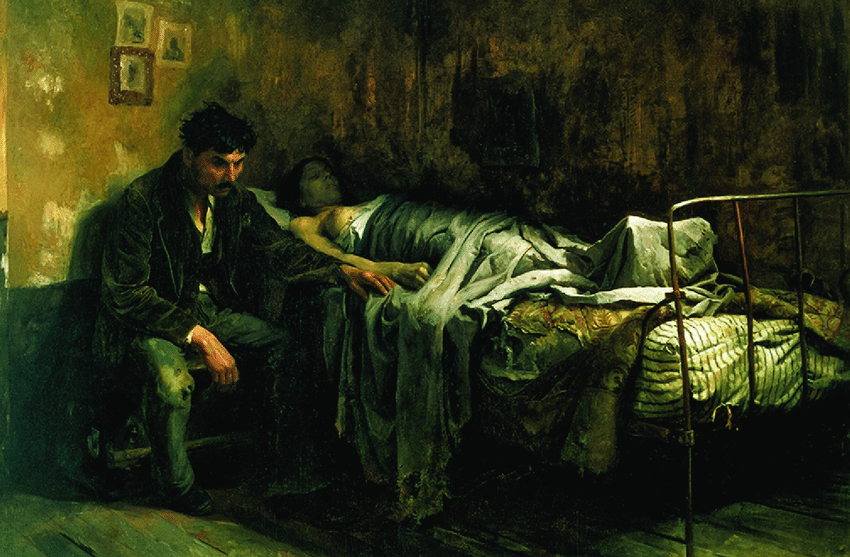 By apena17 in #FOAMID, Basics, Diagnostics, Respiratory Infections, Tuberculosis on August 21, 2020
No comments

Pulmonary tuberculosis is a global disease that tends to burden underdeveloped countries disproportionally as well people living with HIV. It is a difficult disease to diagnose in the microbiology lab, and as such, there have been various methods deployed in an attempt to diagnose it. While culture is the gold standard, it can take anywhere from 4-8 weeks for cultures to finalize, meaning that in contrast to other infectious diseases, relying on culture for initial diagnosis is not best practice. As such, a rapid smear and molecular assays have been implemented in order to rapidly diagnose tuberculosis.

The quoted number of acid fast bacilli needed to have a positive smear is roughly 5000-10,000 AFB per mL of sputum. In comparison, culture requires around 100 organisms per mL, which allows it to be a more sensitive modality for diagnosis. Given the lack of high sensitivity for sputum AFB smears, especially in the HIV population, molecular assays have been implemented in the diagnosis of pulmonary tuberculosis. One of these is the GeneXpert MTB/RIF automated PCR, which detects both MTB complex (so yeah, TB is not just one bacteria but a bunch of them. I will not discuss this here, but it includes M. bovis and M. africanum.) One advantage here is that it very hands off; you mix either raw sputum or sputum pellets after decontaminating and concentrating the sample. The lower limit of detection for GeneXpert is 5 genome copies of purified DNA, or simpler terms, 131 CFUs/mL. Further, this assay picks up both alive and dead bacteria. The other advantage of this assay is that it picks up the presence or absence of the wild-type rpoB gene aka tells you if there is rifampicin resistance as well. All within 2 hours. Pretty neat. An upgraded version of this was developed, called Xpert MTB/RIF Ultra, which incorporates 2 different multi-copy amplification targets which allows a lower limit of detection of 15.6 CFU/mL. In other words, it is ridiculously sensitive.

The overall sensitivity of direct microscopy (without centrifugation or chemical processing) ranges from 39% to up to 80%, increasing to a range of 44% to 98% with further processing (1).

In a retrospective study of 203 culture positive specimens, sensitivity of sputum AFB smear was 67.5% (95% CI 60.6-73.9), with a specificity of 97.5% (2). They further evaluated the NPV of AFB smear according to the day of collection. Of 488 patients who submitted 3 samples, 8 of 27 patients were AFB smear negative but culture positive. They found that of the remaining 19 smear positive, 17 of them (89.5%) of patients were smear positive in their first sample:

Of interest, those who were smear negative and had pulmonary tuberculosis were more likely to have an elevated RR, matted lymph nodes, and a pulmonary cavity on imaging (3). Nothing terribly impactful, but if you get someone who is smear negative and has these features, I would think twice about taking that negative smear at face value:

The take home here is the sensitivity of smear depends on processing and methods (which are out of your control unless you know the ins and outs of the micro lab), but is roughly 50-60%, which goes down with HIV infection. Specificity is near 100%, however.

Given the overall low sensitivity of sputum smear, molecular diagnostic methods have been implemented for the diagnosis of pulmonary tuberculosis. The most well known in the Xpert MTB/Rif assay, which has several advantages. First, it’s the fact this is an automated PCR which allows you to decrease the limit of detection, increasing the sensitivity. As mentioned before, it requires 131 CFUs/mL. Second, it is hands off:

Not a lot of work required. It also picks up the presence or absence of the wild-type rpoB gene, telling you if you have rifampin resistance or not. And it does all this within 2 hours, so it is a quick screening tool. In the first large multicenter, prospective trial of GeneXpert (7), the sensitivity and specificity was evaluated across 5 sites using culture as its gold standard. 1462 patients were evaluated, with a total of 4386 samples sent to reference laboratories. Overall sensitivity in this cohort was 97.6%, with a sensitivity of 99.8% for smear positive and culture positive specimens and 90.2% for smear negative and culture negative specimens:

Further, the sensitivity of detecting rifampin resistance was also high:

Notably, the rate of indeterminate testing was 3.7%, which dropped to 1.2% after an additional test is run. Among those with HIV and pulmonary tuberculosis, the quoted sensitivity was 93.8% compared to the sensitivity of 98.4% in HIV negative patients. One of the things that is notable here is the high sensitivity in those patients who were smear negative. This is a finding that has not panned out in the literature (see later).

In a follow up multicenter implementation study (8), MTB-Rif testing was put into place in resource poor countries and compared to AFB sputum smears. Both HIV positive and negative patients were enrolled. 6096 patients were analyzed, and across all sites, sensitivity was above 96% if sputum was smear positive, but smear negative sputum sensitivity ranged from 57.7% to 88.1%.

Notably, smear microscopy was less sensitive in the HIV positive population when compared to those were HIV negative. However MTB/Rif testing had similar sensitivity regardless of HIV status:

Sensitivity for rifampin sensitive cases was high across the sites, however the sensitivity when it comes to rifampin resistance dropped in 2 sites:

This held true even when evaluating the test in a remote facility. In this cross-sectional study of 227 patients with TB symptoms (9), AFB smear was compared to GeneXpert MTB/Rif assay using solid or MGIT liquid culture as its gold standard. The sensitivity for GeneXpert was higher than for smear. Notably, this was a high incidence population (Ethiopia):

The overall sensitivity of Xpert MTB/Rif is also high in intermediate and low prevalence settings. In a prospective study (10) From South Korea, 3359 sputum samples were collected. Overall sensitivity was better for Xpert MTB/RIF when compared to that of smear microscopy, though both had comparable specificities:

Notably, the sensitivity of the GeneXpert was better for smear positive specimens, which isn’t terribly surprising given this study also evaluated the relationship between mycobacterial burden and smear grade. In other words, the higher the burden, the lower the cycle threshold (i.e. how many cycles the PCR has to go through to flag the specimen as positive. More bacteria = less amplification needed = lower cycle threshold):

Looking at the PLR and NLR of both, a negative smear is not terribly helpful when compared to a negative likelihood ratio for Xpert. In other words, if the pre-test probability of TB is high and the smear is negative, the post-test probability is not that different. This study also evaluated the performance of both assays in different scenarios, including early morning sputum, spot sputum, single vs twice sample, etc:

This pattern holds true even using USA data, which is a lower prevalence area. In a longitudinal multicenter study (11) comparing US vs Brazil and South Africa the overall sensitivity was 98.5% if smear and culture positive, specificity was 98.7%. This was similar to those who were HIV infected, though in both cases smear negativity dropped the sensitivity to near the mid 50s. Surprisingly, the Xpert performed similarly in high vs low incidence regions:

Not surprisingly, having additional Xpert increased the sensitivity:

HIV status does not seem to affect the performance of Xpert MTB/Rif assay as much as it affects smear positivity. In a prospective study from South Africa (13), MTB/Rif Xpert was compared to sputum culture as well other NAAT tests (MTBDRplus assay and the LCTB assay). Sputum microscopy had the lowest sensitivity when compared to the rest of the NAAT. This trend held true for the HIV-positive population, as well as those who were clinically deemed to have tuberculosis (i.e. neg sputum culture or gram stain):

Overall, Gene Xpert is the most sensitive assay that we have for the initial diagnosis of pulmonary tuberculosis, with sensitivity reaching the mid to high 90s, and very high specificity to boot. The sensitivity decreases a bit with HIV positive patients (suspect this may be the same in the SOT population as well as the hematology population) and is nearly cut in half if smear negative.

This is a different assay that uses 2 different multicopy amplification targets (IS6110 and IS1081), which results in a lower limit of detection when compared to the original GeneXpert. Unfortunately, this is not readily available in the US (to my knowledge) given the overall low prevalence of TB here.  The largest study was a multicenter, prospective study that evaluated both the Xpert and Xpert Ultra assay (15) for those with presumed pulmonary tuberculosis. A non-inferiority endpoint was chosen, and 1753 patients were included in the final analysis. Overall, Xpert Ultra had a higher sensitivity over Xpert assay, including in the HIV positive population:

The sensitivity was also calculated by using a trace positive Xpert Ultra result and classifying it as a negative result. This increased the specificity but dropped the sensitivity. Further, a conditional-trace approach (i.e if you had TB before and you had a trace result on Xpert Ultra, you were deemed as negative) and a trace-repeat (first Xpert ultra result was followed by another Xpert), had comparable sensitivity and specificity to an overall approach:

The utility of Ultra is likely going to be in those who are smear negative with initial negative Xpert or the HIV population. As it stands, we do not have this assay available in the US.