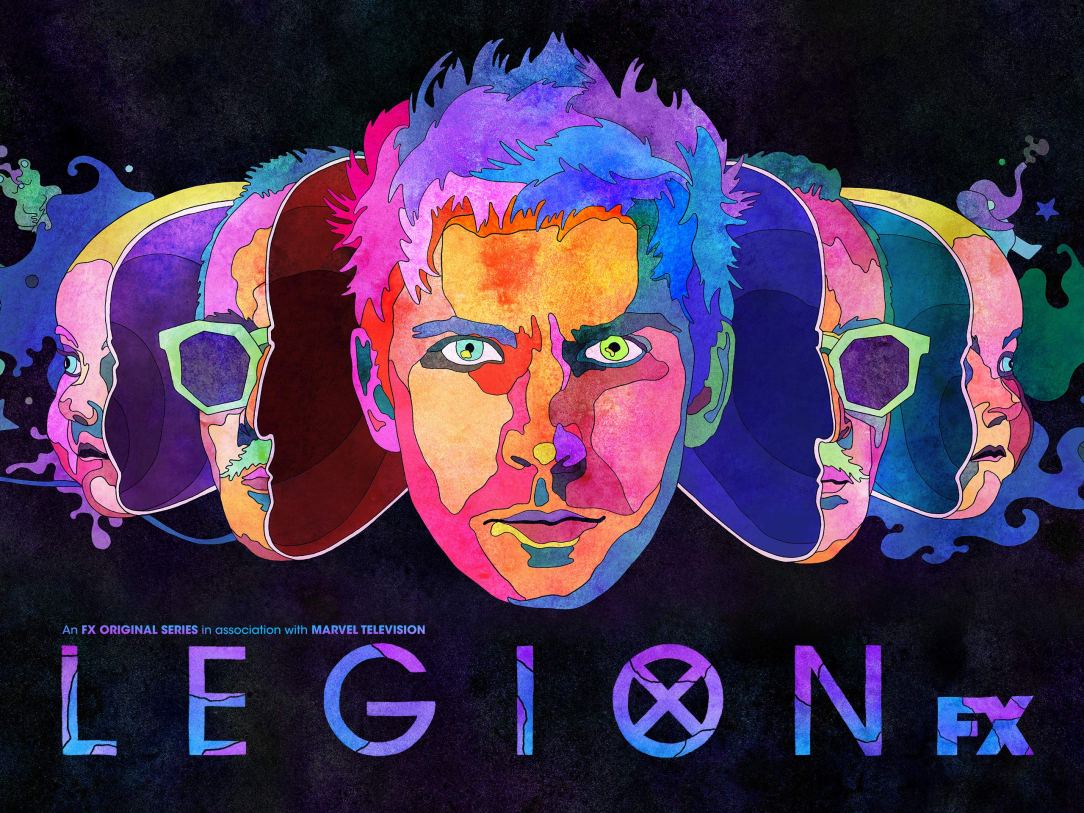 Legionella Urine Antigen and PCR – We Are Legion

By apena17 in #FOAMID, Basics, Diagnostics, Pneumonia, Respiratory Infections on February 16, 2021
No comments

Legionella is an interesting organism, it tends to be one of those things you end up looking for and never finding while in the wards but it also tends to cause occasional outbreaks of pneumonia.  The most common test that is ordered for this is the urine legionella antigen. I will cover some of the history of legionella as well as the utility of the test itself.

This is a gram negative rod that was first detected back 1976 as the cause of a major outbreak of pneumonia in people attending an American Legion convention in Philadelphia (1). This is a non-profit organization of US veterans that lobbies for vet causes. Following this outbreak and the use of antibody testing, the etiology was detected and it was learned that this etiology was the cause of several other outbreaks dating back to the 1950s and 1960s. Another unsolved outbreak in Pontiac, Michigan was found to be related to exposure to Legionella, hence the “less severe” form being named Pontiac fever. There are over 50 known species of Legionella with Legionella pneumophila having at least 16 serogroups (1). The most common cause of human disease in Europe and America, serogroup 1, is typically found in moist environments and are found in streams, rivers, ponds, lakes, thermal pools, soil, mud, as well as man-made environments such as air-conditioning cooling towers, hot water, shower heads, taps, and whirlpool spas. It can survive chlorination and temperatures up to 68 degrees C. If this is the case, then why do we not see more people with it? This may be because it requires specific nutritional factors that are found in protozoa (2). Freshwater does not typically have these nutritional environments, and if they do, faster growing bacteria would use it as opposed to legionella. Seems that infection with legionella is more of an opportunistic infection (2).

One of the issues is there is no gold standard for legionella diagnosis and as such, the sensitivity and specificities are calculated based on different standards. Culture, however, is not the best method, as it takes several days (usually 3-5 days), requires adequate processing of specimens, special media, and technical expertise (3). Further, while it is a plausible thing to attempt to obtain, many of the patients who are less ill do not produce significant amount of sputum to get an adequate sample. As a result, different methods have been developed. DFA has been used as well, which takes around 2-4 hours but is technically demanding. Urinary antigen tends to use both radioimmunoassay or enzyme-immunoassay to detect antigens. The sensitivity here tends to be anywhere from 70-100% but only detect serogroup 1 (which accounts for 80% of most disease in North America and Europe). Most of these EIA and RIA are sensitive to the Pontiac (MAb 2+) monoclonal antibody. The sensitivity can be increased 25-fold by concentration of urine. Antigenuria can be detected as early as day 1 after onset of symptoms and persist for days to weeks.

A meta-analysis of 30 studies found a pooled sensitivity of 0.74 (95% CI 0.68-0.81) and specificity of 0.991 (95% CI 0.984-0.997), though there was significant heterogeneity with many studies not reporting pneumonia severity or immune status, with many not providing demographic information (4). Further, there were different gold standards used. This meta-analysis also evaluated the sensitivity in non-serogroup 1 and found poor sensitivity (0-40%) but high specificity (99-100%) which is not terribly surprising. The overall sensitivity also tends to vary depending on whether urine was concentrated and severity of disease. For instance, a retrospective study (5) evaluated 3 different urine antigens (Biotest EIA, Binax EIA, and Binax NOW) in different severity of illness. 81 patients were evaluated and urine antigens were  compared to the gold standard of sputum culture. Sensitivities for the BioTEst EIA, Binax EIA, and BinaxNOW were 71, 69, and 72% respectively with sensitivity increasing from 43% overall in mild disease to 93% in those with severe disease. Furthermore, those who were classified as CAP 2 (one of the following: RR >30, PaO2 <60 or SpO2 <92%, SBP <90, or bilateral/multilobar infiltrates) or CAP 3 (2 of the above) had a higher OR of a positive urine antigen test:

Despite these data (as not great as it is), the IDSA/ATC guidelines (6) for community-acquired pneumonia do not recommend the routine use of urine antigen testing for legionella, and only recommend obtaining it in the case of severe pneumonia or outbreak scenarios. A retrospective study (7) evaluated how many additional Legionella cases were diagnosed with UAG, as well as how a negative test influenced treatment decisions. 1007 patients were identified, 9 had positive tests. These were compared to 50 negative cases. All positive cases were already on legionella therapy while in the 50 negative cases that were sampled, of the 31 patients already on legionella therapy, 68% of these had no change in therapy. Another prospective study of 177 patients (8) evaluated the use of urine antigen in guiding therapy in outcome-related measures as well as economic benefits. Patients were divided into empiric therapy (beta-lactam + atypical coverage) or targeted therapy based on pneumococcal urine antigen or legionella urine antigen result (targeted therapy). There was no difference in terms of death, relapse, or hospital stay within groups:

Notably, in the 25 patients that had a positive urine antigen result, targeted therapy lead to a higher rate of relapse, though this was likely a statistical fluke:

A similar study of empiric vs targeted therapy (using several diagnostic modalities, including sputum culture, pleural fluid, pneumococcal antigen, and legionella urine antigen detection) evaluated a total of 262 patients and found no difference in length of stay, mortality, or rates of clinical failure (9). It should be noted that legionella was found only in a total of 14 patients. Either way, it seems the utility of legionella urine antigen testing may not be of that much importance given that most of the empirical therapy for community acquired pneumonia targets this organism anyways.

This has been an up and coming testing modality for legionella as it is able to detect other serogroups besides serogroup 1. PCR can be used in either sputum or BAL, though in certain patients, induced sputum may need to be used. A systematic review of 11 studies (13) found that PCR had a pooled sensitivity and specificity of 83% (95% CI 79-87) and 90% (95% CI 88-92)  respectively, compared to DFA which had a sensitivity of 67% (95% CI 30-93%)  and specificity of 100% (95% CI 91-100). Studies comparing both legionella urine antigen and PCR suggest they have fairly equivalent sensitivities. A retrospective study evaluated the utility of legionella urine antigen, culture, and PCR testing in a single center (14). 19912 tests were ordered overall, and 378 positive results were found. Rate of positivity was 2.7%, 0.4%, and 0.8% for UAG, culture, and PCR respectively. Using proven cases of legionella infection as true positives, sensitivities for UAG was 96%, for culture was 57%, and of PCR was 100%. The sensitivities remained roughly the same if probable and proven disease were used. Specificites were 100%. A similar study evaluated over 28,000 patients (15), with 2.5% of patients being positive for legionella (725 total patients). The most common legionella serogroup detected here was serogroup 1 (93.8%). Sensitivity of UAT was 87% compared to culture while it was 74.7% when compared to PCR.

Some studies have suggested adding PCR to the testing algorithm to increase the yield of legionella diagnosis. For instance, PCR has been found to increase the diagnosis of Legionaire’s disease by 36% in a retrospective study of 114 cases (16) when done in expectored or induced sputum, however the throat swab had a low detection rate (3/114). Another multicenter, retrospective study evaluated UAGs ability to diagnose legionella in 71 patients (17). UAG was negative in 15/40 patients (37.5%)  who had PCR-confirmed legionella (sensitivity of 63%). In 5 patients who had PCR-confirmed Pontiac fever, urine antigen was negative. 39% of patients were felt to have had a diagnosis of legionella missed if they had relied only on urine antigen.

As mentioned previously, while PCR does hold an advantage over urine legionella antigen, throat swabs for this may not be enough. In one study (18), throat swabs, when compared to an expectorated or induced sputum, had a small positive rate (almost negligible):

The authors note an increase in the rate of legionella diagnosis of 36% with the addition of induced sputum.

Not much of a TL;DR today. Guidelines do not recommend the use of legionella urine antigen except in the event of severe pneumonia or a possible pneumonia outbreak. Given the recommendations to give “atypical coverage” for patients with community acquired pneumonia, we will be covering this organism anyways even if we do not test for it. Further, the fact that in many instances a positive result does not change the management and in other cases, it does not affect the outcomes when compared to empiric therapy, this may actually be one of those tests you could deal without.