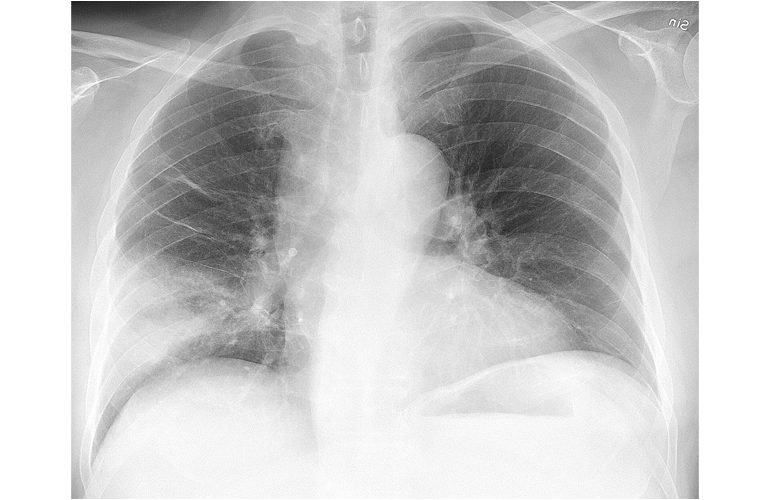 Sputum cultures for the diagnosis of pneumonia tends to be a tricky subject. Many times, obtaining an adequate sputum sample can be difficult, as patients may not be able to produce adequate amounts of sputum, there is contamination of oropharyngeal flora that clouds the diagnosis (especially in an aspiration event or those who have underlying lung pathology such as COPD or Cystic Fibrosis) even when a lower respiratory tract sample is obtained, and the quality of the sputum may not be adequate for the diagnosis.

There have been several methods to screen sputum samples prior to accepting them for culture. Six different criteria for acceptability of sputum samples have been published, and they have been compared in a study of 391 specimens (1), with the Bartlett criteria and Geckler criteria rejecting the least amount of specimens with potential pathogens when compared to the other criteria (11% and 6% respectively):

The idea here is simple; if you look under a microscope and see mostly epithelaial cells, there is a higher chance the specimen is contaminated with oropharyngeal flora. More neutrophils -> more inflammation -> higher likelihood of a “Good sample.” The yield of sputum culture is debatable, hence recommendations being all over the place with some guidelines suggesting to only reserve sputum cultures for those who are sick enough to be admitted to the hospital.

An early study evaluated 354 expectorated sputum samples from 226 patients, of which 83 were determined to have pneumonia based on symptoms and imaging (2). Of 179 specimens from patients with pneumonia, only 107 (60%) were acceptable, while those without pneumonia ended up having 91 specimens (23.9%) that would have been accepted:

Notably, there was no clear discriminatory factor in purulent (aka a good sample) vs non purulent specimens in patients with pneumonia. The overall sensitivity of sputum gram stain or culture by themselves was about 60% which increased if both methods were either positive or negative:

Not surprisingly, the most commonly found pathogen was Streptococcus pneumoniae, followed by staph aureus, and beta-hemolytic strep.

In another study of 116 patients diagnosed with CAP in the outpatient setting, only 42 of these were able to produce any sputum (36%). Of these, 35 samples (83%) were deemed to be purulent and only 23 were valid sputum samples (20% of the entire population, 55% of sputum samples). Of these, only 10 were positive, which equated to only 9% of the entire population evaluated. Notably, a delay in processing of the sample for >24hrs was associated with an increase in Candida spp isolates (33% vs 9% p-value 0.16), as wel as an increase in enteric gram negatives and non-fermenters (44% vs 7%, p-value 0.056) essentially decreasing the diagnostic yield.

In another prospective study of 1669 patients with CAP presenting to the ED and to outpatient clinics, 983 sputum samples were obtained (4). 532 samples (54%) were of good quality, and only 240 had a predominant morphotype (i.e. gram stain positivity), which represented 14.4% of the initial patient sample. Sputum culture yielded an organism in 207 of the 240 samples with a predominant morphotype, while only 57/292 in those without positive gram stain. Overall, of the 532 good-quality sputum samples, only 264 (49.6%) yielded an organism, equaling to roughly 15.8% of all patients. The degree of gram stain positivity and culture growth was not impacted by the severity of illness:

Another single center retrospective study from Japan evaluated 347 consecutive patients with community acquired pneumonia. Of these, sputum samples were obtained in 216 patients (62% of the cohort), with 124 samples being of good quality and 80 of these (23% of the initial sample) showing gram stain positivity (i.e. one predominant morphotype). In these 80 samples, cultures resulted in 70 of these (88%), while only in 17 (39%) of the 44 samples that were gram stain negative (p-value <0.0001). Overall, of the 124 sputum samples, 87 (70%) resulted positive, representing 40% yield of all sputum samples sent, or a yield of 25% from the entire cohort. Predictably, the duration of antibiotic therapy impacted the degree of culture positivity:

For the sake of interest, the most common organisms found here were S. pneumo, followed by H.flu and then Staph aureus:

And looking at the sensitivity of sputum culture to detect both Strep pneumo and H.flu:

What to make of this data? Overall, it seems the yield of quality sputum on a population level is low that pursuing this in the outpatient setting is not warranted. This is especially true when you consider the percentage of the population with clinical pneumonia that, for whatever reason, may not be able to produce any sputum for sampling. By the time you get any meaningful data (if you do get any), you would have started empiric antibiotic therapy. In the inpatient setting, however, it may be of benefit. Having said that, I would not count on a negative sputum culture as ruling out pneumonia, given the overall low sensitivity and as mentioned before, the difficulty in obtaining an adequate sample if you can get any. It may be helpful in those cases where you suspect a highly resistant organism, but by far, the diagnosis won’t be made with sputum culture.

Does sputum cultures change management?
Short answer, likely not. As noted above (3), only one patient had directed antibiotic therapy according to diagnostic results. A Canadian study (8) evaluated 1362 patients with CAP, where sputum was collected from 539 patients. Of these, 507 (94%), were accepted and only 171 resulted with a positive culture (12.6% of the initial cohort). There was no difference in antibiotic therapy between groups, however there was a difference in mortality in patients who had a positive sputum culture (5.3%) versus those who did not (13.9%, p-value 0.002). This effect, however, disappeared on logistic regression analysis. In another Japanese study (9), the impact of urine antigens, blood cultures, and sputum cultures was analyzed on 30d mortality and length of hospital stay. Overall, both blood cultures and urine antigen tests were associated with decreased 30d in-hospital mortality, with each cumulative number of tests performed improving the odds ratio:

Based on severity, sputum testing was associated with higher mortality in those with severe pneumonia:

While sputum testing was associated with decreased length of stay in moderate cases:

This suggests that of the 3 tests evaluated, both blood cultures and urine antigen were more helpful than sputum testing.

Overall, it seems there is limited utility in using sputum culture in the general CAP population. While it is helpful if it is positive in guiding therapy, most of the time, it will not be helpful because either a) the patient is not able to provide a sample b) the sample will be contaminated with oropharyngeal flora and c) the sensitivity of sputum gram stain and culture is not great. Despite this, I think it is reasonable obtain it in the inpatient setting and if there is high risk of MDROs, especially gram negatives.

For completeness sake, here is some of the studies compiling the most common organisms cultured for CAP: